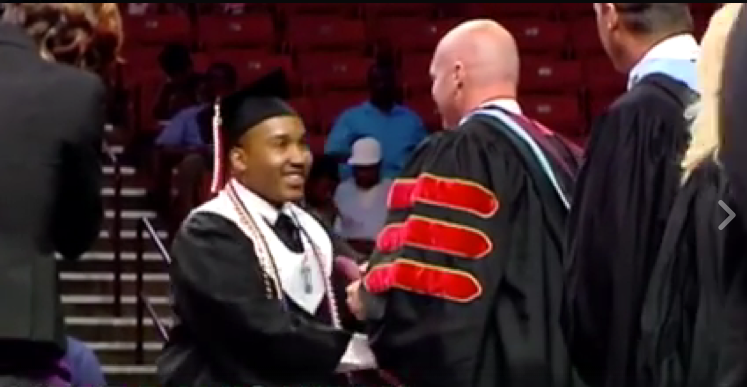 Davis Kirby is a teen who has proven that you can do anything if you set your mind to it.
Davis was born in a prison while his mother was incarcerated and he never knew his father. He was raised by his grandparents with the help of other close family members. One of those close family members, that was a role model in his life, was then sent to prison. It was one of the darker moments in Davis’s life. That relative asked the drug enforcement agent who arrested him to check up on Davis… and he did! Davis and that drug enforcement agent are now very close. He has been Davis’s friend and mentor ever since. Davis overcame a lot of obstacles in his life and is now going to college on an academic scholarship!