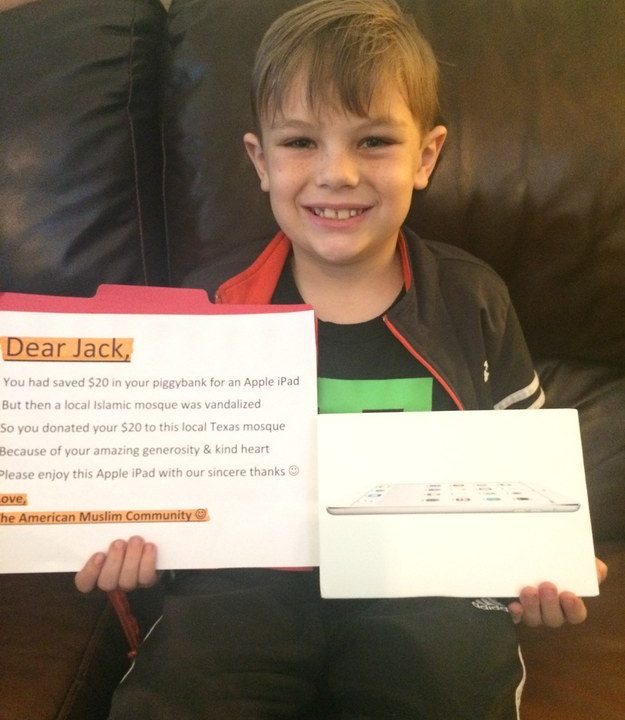 On November 16, 2015, a mosque in Pflugerville, Texas, was vandalized.
A local 7 year old boy, Jack Swanson, heard about the damage and wanted to donate his savings from his piggy bank to the mosque to help with cleanup and repair. Jack wrote a card saying, “I’m sorry people were mean to you.” and gave $20, money he had been saving to purchase an ipad for himself.
The American Muslim Community were so touched by Jack’s act of kindness that they purchased an ipad mini and gave it to him as a gift for the holidays.
Watch the video here. (ViaÂ Wochit News)